The objective of the demo is to show the novel concept of the Heterogeneous RAN slicing developed in the COHERENT project. The RAN slicing concept will be based on the OpenAirInterface platform developed by the partner EURECOM, and the 5G-EmPOWER platform developed by the partner CREATE-NET. RAN slicing is an important concept in 5G to support multi-tenancy. The demo will showcase a solution provided by a newly introduced coordination framework, new RAN control components, and the combination of SDN and network function virtualization (NFV) to enable flexible and programmable network slicing in RAN.

The demo will show how to slice a cloudified radio access network that consists of a fronthaul segment between the remote radio unit (RRU) and radio cloud center (RCC) and a backhaul segment between the RCC/eNB and the RAN controller.  Through the separation of the RAN control and data plane coupled with the virtualized control functions and control delegation features, real-time control and coordination applications can be implemented in support of fine-grain RAN programmability. This allows different levels of coordination among RAN infrastructure elements by dynamic placement of virtual control functions following SDN and NFV principles for adapting control over time and for easing network evolution to the future. The setup of the demo by the OpenAirInterface platform is shown below: 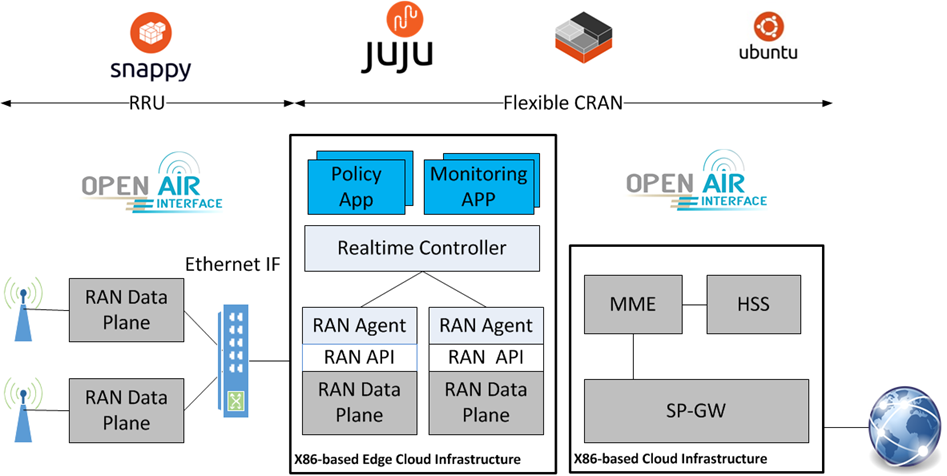 Similarly, for the Wi-Fi segment the demo based on the 5G-EmPOWER platform will show how custom resource allocation schemes can be deployed with a slice. This is done starting from a slice template containing the slice definition and the associated resource allocation policy. The underlying system enforces strict performance isolation between mobile virtual network operators (MVNO) and ensures efficient resource utilization across the network in spite of the nondeterministic nature of the wireless medium. The Setup of the demo is depicted in the figure below: 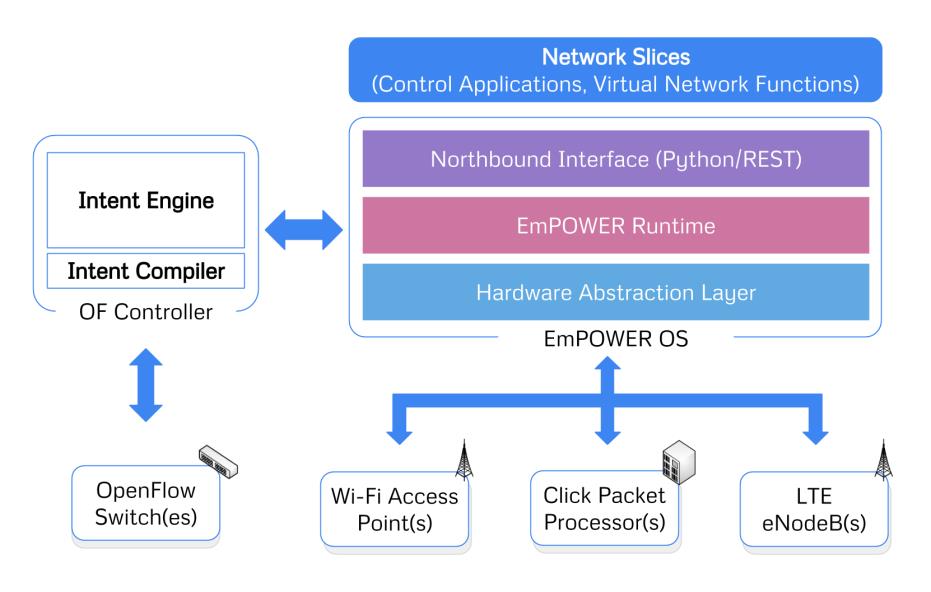